Istanbul, the city connecting Asia and Europe, has large and busy airports. There are two airports working right now. The newly opened Istanbul New Airport is located in Arnavutköy on the European side of Istanbul, it is also known as the largest airport in the world. The second one is at the Anatolian side, named Sabiha Gökçen Airport, the name comes from the world’s first female fighter pilot, Turkish aviator, Sabiha Gökçen.

Istanbul New Airport has been newly opened. For now, it has not many flights however the number of flights is increasing day by day and it is expected to reach at 350 different flight points. It is the world’s largest airport with 76,5 million square meters and 200 million passengers capacity per year. The transportation is mostly done by buses and Havaist shuttles, however there are new metro lines which are under construction and will be completed within the year of 2019. You can go to Sultanahmet from the airport by taking Havaist and reach Taksim, then you can take metro or bus to reach Sultanahmet. If you prefer IETT bus to reach Sultanahmet from Istanbul New Airport, you should take H-2 bus from the airport to reach Mecidiyeköy (Şişli), then take 77A bus from Şişli Merkez station to reach Sultanahmet.

If you need to arrive somewhere at the Anatolian side, it would be better that you take a flight to Sabiha Gökçen Airport which located at the other end of Istanbul. When you need to go to the Anatolian side, it is not clever to choose Istanbul New Airport. However, in case you have to use the airport in European side, there are express buses among these two airports. You can get on Havaist shuttles which can go directly to Sabiha Gökçen International Airport. You can also take a taxi between two airports. If you would like to come to Sultanahmet from Sabiha Gökçen Airport, you can take Havabus to arrive at Taksim, and then take metro or bus to reach there. If you would like to see the beautiful Bosphorus in this journey, from the airport, you can take E11 bus or Havatas and come to Kadıköy and take Eminönü ferry. Then, you can take the nostalgic tram from Sirkeci station to reach Sultanahmet.

In short, Istanbul is a city that you easily arrive with a flight and then travel by using subways, trams, buses or taxi. There are so many options, it is up to you to choose which one. In any way, you will not face a difficulty, and you will definitely enjoy the dynamic atmosphere of the city! 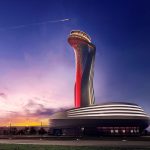 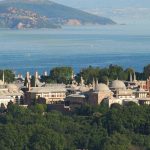