One of the most important landmarks of Istanbul is its fortresses. There are three main fortresses in Istanbul which are Anatolian Fortress (Anadolu Hisarı in Turkish), Rumeli Hisarı (Rumeli Fortress) and Yedikule Fortress (Yedikule Hisarı, the Fortress of Seven Towers). All fortresses were built for defense and security reasons in their era, however they are now home of many concerts and events.

Anatolian Fortress is the oldest fortress among them. It is located on Anatolian side of the Bosphorus and was built in 1395 under the command of Ottoman ruler, Yıldırım Bayezid. The fortress was used as a place of Ottoman army right before the battle of Varna in 1444. It has three parts; an inner castle, inner and outer castle walls. Both Anatolian and Rumeli Fortresses played an important role during the conquest of Istanbul.

You can visit Anatolian Fortress by taking T1 Kabataş tram from Sultanahmet to Sirkeci station, and taking Marmaray to Üsküdar station, then taking the bus with 15 number to Anadolu Hisarı (Anatolian Fortress) station. It only takes 2 min by walking to the fortress.

The second fortress of Istanbul is Rumeli Fortress. It is located on the narrowest point of Bosphorus, opposite of Anatolian Fortress. It was built under the command of Ottoman ruler, Fatih Sultan Mehmed (Mehmed the Conqueror) in 1452, during the preparation process of the conquest of Istanbul.

After the conquest, the fortress lost its military purpose and served as a prison until 19th century. Today, it is an open-air museum which is open to the public.

If you would like to visit Rumeli Fortress, from Sultanahmet you can take tram to Kabataş tram station, then take the bus with 22 number to Rumeli Hisarı (Rumeli Fortress) station. It takes only 6 min to walk there from the station!

The third fortress is Yedikule Fortress (also known as Fortress of Seven Towers and Seven Tower Dungeons). This historic structure is located in Yedikule neighbourhood of Fatih. It was built in 1458 under the command of Ottoman Sultan Mehmed II (Mehmed the Conqueror). You can see the mixture of architectural features of Byzantine and Ottoman in this structure. In Ottoman era, the structure served as a prison, which was also home of state treasury and some prominent documents. The latest restorations made between the years of 1958 and 1970. Today, it is one of the largest open-air museums in Istanbul.

You can visit Yedikule Fortress from Sultanahmet by taking tram to Sirkeci station, then taking Marmaray to Kazlıçeşme station. It takes only 8 min by walk from station to get there. 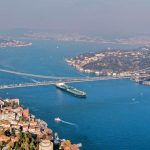 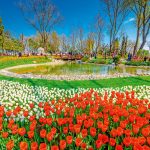